2015 is off to a SuPeR exciting start for me: I made the fiscally sound but logistically dubious decision to book my return flight from Vancouver at 9 am on New Year’s Day and am currently laid over in the Dallas/Ft. Worth airport. And considering that I caught my flight with no problems (correction: there was a minor problem in that I braved the massive Tim Horton’s line knowing boarding time was drawing to a close, and, finding myself fourth in line when the final call was made, had to bail at the last minute. SORRY MARLON, NO DONUTS FOR YOU.), maybe it wasn’t such a dubious decision after all.

I know talking about how quickly time passes is pretty tired, but it truly is a little unbelievable to me that it had been just over four full years since I bid farewell to Laura in a dingy Delhi hotel room after our exciting year+ of China-living/Asia-traveling together. A reunion was long overdue, and a break in her busy med school student schedule made New Year’s an opportune time. The six-day trip went– dare I go there?– quite quickly as well but she was a terrific host and my first excursion to our friendly northern neighbor (America’s hat, you might say) was a success.

Mar was excited for, if not a little envious of, me and had showed his support in the weeks prior by sharing some of the stunning photos that have recently popped up on Uncrate‘s Instagram. Notably, this one:

“Notably”, because the first thing Laura had lined up for us on my first morning was “the suspension bridge.” Apparently this generally refers to the Capilano Suspension Bridge Park, but a quick search left Laura informed of the existence of the lesser-known, free, Lynn Canyon Park, which also boasts a bridge. We were not disappointed. 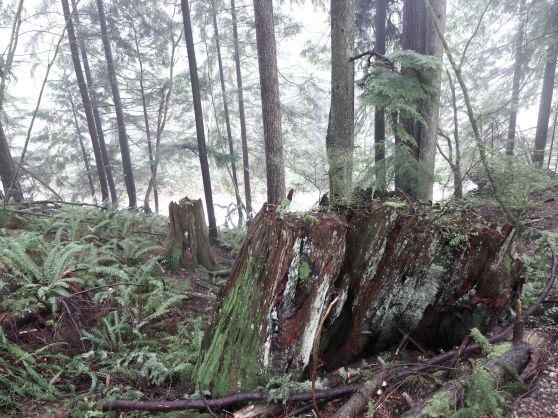 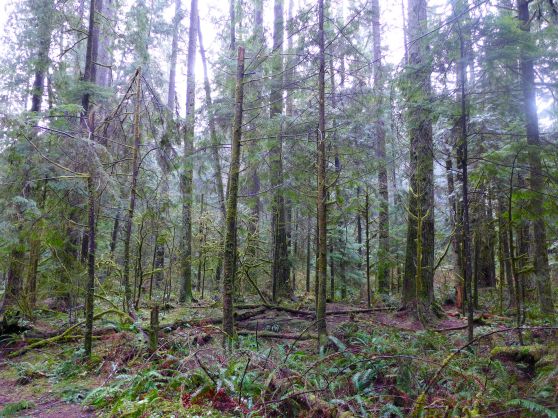 Unfortunately we did not experience the same solitude on the bridge that the good folks at Uncrate were able to enjoy… It was heavily trafficked (though the park itself didn’t feel crowded).

I guess it stands to reason that we weren’t Parked out because our next stop was Stanley Park, where we grabbed a bite at the Teahouse and then checked out Third Beach.

Oh right, where we spotted this coyote just taking a casual stroll? 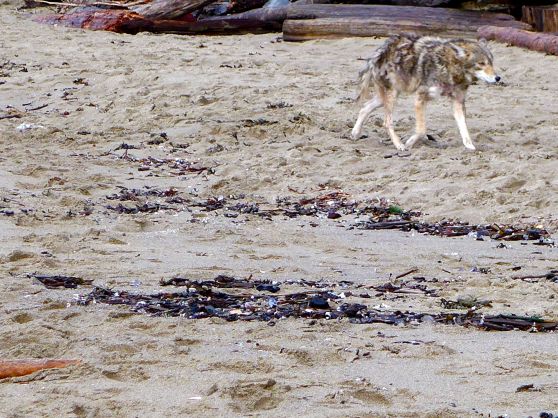 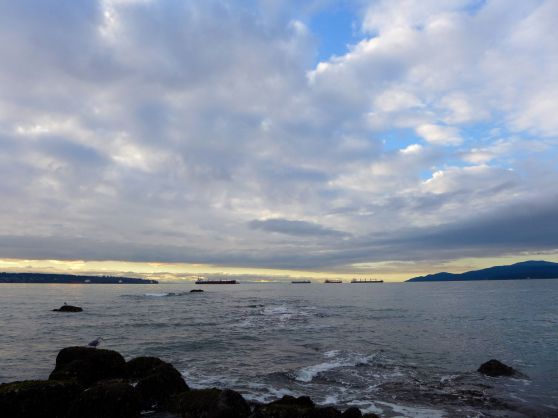 We rounded out the day with a stroll to Granville Island, then got dinner with Lily, a former student of Laura’s (yes, from China!) who’s in her senior year of high school in Vancouver now. A fantastically gluttonous meal at Peaceful Restaurant only seemed appropriate.

Alright well, perfect timing. Time to board. Don’t cry for me, East Coast! And yeah– happy new year, y’all. I’ve got a good feeling about 2015.